The Basics of What BPA Is

In recent years, a great deal of attention has focused on BPA as it is used to make materials that come in contact with food, which are approved by the U.S. Food and Drug Administration (FDA). For more information about BPA’s use in food contact products, watch our video: 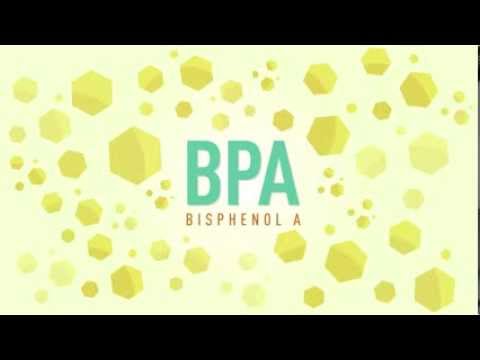 In September 2018, the U.S. National Toxicology Program (NTP) released the final report on the CLARITY Core Study. The scope and magnitude of this study are unprecedented for BPA and the results clearly show that BPA has little potential to cause health effects, even when people are exposed to BPA throughout their lives.
In a statement released earlier in conjunction with the CLARITY Core Study, Dr. Stephen Ostroff, Deputy Commissioner for Foods and Veterinary Medicine at the U.S. Food and Drug Administration (FDA) noted:  “our initial review supports our determination that currently authorized uses of BPA continue to be safe for consumers.”

And based on FDA’s ongoing safety review of scientific evidence, the available information continues to “support the safety of BPA for the currently approved uses in food containers and packaging.” It is important to note that scientific experts at FDA, and other government bodies around the world, review the full weight of the scientific evidence when making decisions about safety.

Why is BPA Used?

Auto parts, building materials, safety equipment, medical supplies, and many other products depend on high-performance materials made from BPA. The wide array of beneficial products made with BPA contributes to consumer safety and energy efficiency, and provides other environmental benefits.

Learn more about what products and materials use BPA.

Yes, FDA says BPA is safe. Based on government research, along with results from other studies, the U.S. Food and Drug Administration (FDA) recently reconfirmed the question “Is BPA Safe?” In the last several years, U.S. federal government scientists have been conducting in-depth studies to answer key questions and clarify uncertainties about the safety of BPA. To date, more than 20 of these studies have been published in the peer-reviewed scientific literature.

In a study published in the scientific journal Environmental Pollution, scientists analyzed over 140 peer-reviewed studies containing over 85,000 data points from 30 countries to determine how much BPA people are actually exposed to and whether those levels pose a risk to health. Their analysis found that, “[i]t is evident that the national and global estimated human BPA daily intakes in this study are two to three orders of magnitude lower than that of the TDI [Tolerable Daily Intake]…recommended by several countries.”

Simply put, actual exposure to BPA is hundreds to thousands of times below the safe intake limit. Because the researchers analyzed such a large volume of data, the researchers considered their results to be representative, meaning they can be relied upon as an accurate measure of exposure to BPA worldwide. Their findings strongly support the views of government bodies around the world on BPA’s safety.

Taken together, the results of these studies provide strong support for the safety of BPA.

Access a library of significant studies on BPA to learn more about the science.

Learn more about the safe exposure limits of BPA.

What have other government bodies said about BPA?

Government bodies around the globe have assessed BPA, and they have found that it is safe as used in materials that come into contact with food, such as reusable food-storage containers and linings in metal food cans. The European Food Safety Authority and Health Canada are among the government agencies that have recently conducted assessments on BPA.

On January 21, 2015, the European Food Safety Authority (EFSA) released its final report on BPA safety, concluding “BPA poses no health risk to consumers of any age group (including unborn children, infants and adolescents) at current exposure levels.” EFSA has also conducted prior assessments on BPA, with similar findings.

On September 27, 2012, Health Canada announced that current exposures to BPA from food contact applications are not expected to pose a health risk, including for infants and children, and are lower than previously estimated. The announcement reconfirmed Health Canada’s 2008 conclusion that dietary exposure to BPA does not pose a health risk.

For more key government reviews of BPA safety, see the right sidebar of this page, or access a library of key government assessments around the world.

Now that you know what BPA is, you can stay up-to-date on the latest BPA news and resources by checking BPA News, following our blog, and by exploring these additional resources that provide information on BPA safety.

CLARITY stands for the Consortium Linking Academic and Regulatory Insights on BPA Toxicity, and is the collaborative research effort on BPA safety from three U.S. government agencies including FDA, the National Toxicology Program (NTP) and the National Institute of Environmental Health Sciences (NIEHS).

From what you read on the internet, it may seem like BPA is everywhere. Watch this video to learn what products really contain BPA and why.