It’s no secret that bisphenol A (BPA) has been controversial for quite some time and has received intense scrutiny from scientists, government agencies, the media and environmental groups. Such scrutiny has resulted in demand from consumers for alternatives to products that contain BPA, and hasty efforts from some manufacturers to provide “BPA-Free” products. While the controversy surrounding BPA may be interesting and important, the controversy by itself does not provide an answer to the key question addressed in this article: Why replace BPA?

There are many sound business reasons to consider alternatives to any material that is currently being used. For example, alternative materials might provide better performance or be easier to process, have better commercial availability or lower cost, or be safer. These factors and others can and do provide the necessary incentive for companies to research and develop alternatives as a routine course of business. But in each case, hard facts should drive the decision, not emotions driven by public controversy. Basing decisions on emotions and controversy alone risks “regrettable substitutions” that compromise performance and/or safety.

This article will focus on two of these factors that are of particular importance for BPA: performance and safety. While compromises might be acceptable for some factors such as cost and commercial availability, performance and safety should be held to the highest standards. In both cases, these factors represent large hurdles to overcome before alternatives to BPA should be seriously considered. 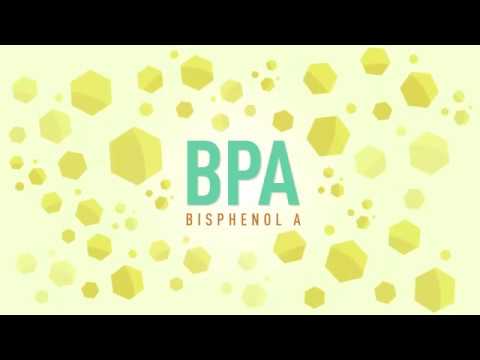 BPA Has Been Used for Decades Because It Performs Well

The two primary uses for BPA, accounting for about 95 percent of all BPA produced, are to make polycarbonate plastic and epoxy resins. Both are high-performing materials that have been increasingly used for about five decades in a wide range of consumer and industrial applications. Although a variety of factors can influence selection of materials, the exceptional performance of these materials is certainly the primary factor that accounts for their widespread use.

Polycarbonate plastic is a highly shatter-resistant, lightweight and optically clear plastic that also has high heat resistance and excellent electrical resistance. It is this combination of strong attributes that makes polycarbonate unique among the wide range of commercially available thermoplastics and, accordingly, so widely used. For example, common products that take advantage of these attributes include:

Polycarbonate has been used in many of these products for decades, it continues to be used today, and the global market for polycarbonate is growing for a very simple reason—it performs very well in a diverse range of products.

Epoxy resins are thermosets that have a unique combination of toughness, chemical resistance and strong adhesion. Most epoxy resins are made from BPA and these resins are widely used in products that we rely on every day. Epoxy resins are well suited to a wide range of coating applications, but also find growing use in high-strength/light weight composites. Common product categories where you’ll find epoxy resins include:

Arguably the most important factor to consider for alternatives to BPA is safety since the controversy about BPA revolves entirely around its safety. Replacing BPA with an alternative that is not at least as safe would be nonsensical and potentially regrettable. It is not likely that any alternative has been so thoroughly tested or so comprehensively and frequently reviewed by government agencies as BPA. Regardless, the evidence supporting the safety of BPA speaks for itself and cannot be dismissed.

The most recent statement from a government agency on the safety of BPA is from the U.S. Food and Drug Administration (FDA) in February 2018, when the U.S. National Toxicology Program (NTO) released the results of the largest, most significant study ever conducted on BPA – the CLARITY Core Study. In a statement released in conjunction with the report, Dr. Stephen Ostroff, Deputy Commissioner for Foods and Veterinary Medicine at the U.S. Food and Drug Administration (FDA) noted:  “our initial review supports our determination that currently authorized uses of BPA continue to be safe for consumers.”

The reaffirms FDA’s June 2013 statement on the safety of BPA. Its bottom line on safety is concisely and unambiguously captured in the form of a Q&A that appears on the FDA website:

“Is BPA safe? Yes. Based on FDA’s ongoing safety review of scientific evidence, the available information continues to support the safety of BPA for the currently approved uses in food containers and packaging.”

In further explanation, FDA states that its “current assessment is that BPA is safe at the very low levels that occur in some foods. This assessment is based on review by FDA scientists of hundreds of studies including the latest findings from new studies initiated by the agency.”

The views expressed by FDA are hardly unique. They are shared by many regulatory agencies that have each recently and independently evaluated the science on BPA. All have concluded that BPA is safe as currently used, including the reviews specific to materials in contact with food – which are likely to be the most sensitive applications. Other recent examples of government reviews include:

FDA continues its robust review of BPA and has further stated:

“Because of concerns expressed in the last few years about the safety of BPA, FDA initiated additional studies to help determine whether or not BPA is safe as it is currently used in food packaging and containers. Some of these studies have been completed and others are on-going.”

“The FDA’s studies are being conducted by the agency’s National Center for Toxicological Research (NCTR). All are conducted under strict quality-assurance guidelines and are designed to produce information that will enhance our evaluation of BPA’s safety. The findings of the NCTR studies will be published in peer-reviewed scientific literature and will be reviewed by other experts including toxicologists and other scientists from the academic and private sectors as well as by other regulatory scientists.The results from these new studies so far support FDA’s assessment that the use of BPA in food packaging and containers is safe.”

The research program undertaken by FDA is resulting in an extraordinarily robust set of scientific data that is virtually unprecedented for any chemical. The scientific foundation supporting the safety of BPA is already very strong and will be further strengthened with recently completed research from FDA. Controversy aside, the strength of the science will ultimately prevail.

Is There a Good Reason to Replace BPA?

In light of the strong scientific and government agency support for the safety of BPA, is there any good reason to replace BPA? If safety is the concern, FDA has already addressed it, and the simple answer is no. Replacement of BPA can only be defended for alternatives that, in fact, enable better performance or are safer than BPA. Given the high performance of polycarbonate plastic and epoxy resins, and the long safety track record of BPA, those challenges will be very hard to meet.

The author leads the Polycarbonate/BPA Global Group, which consists of the leading global manufacturers of BPA and polycarbonate plastic. This group of the American Chemistry Council sponsors health and environmental research and supports a wide range of communications and advocacy activities. Steve holds a Ph.D. in organic chemistry from Stanford University and a B.S. in chemistry from the University of Minnesota. In his current position, he has been deeply involved with the science on BPA for more than 14 years. The author periodically writes about the science of BPA in a Science 2.0 column at http://www.science20.com/steve_hentges.

The information above was published in an Underwriters Laboratories newsletter in February 2014.

Are BPA-Free products safer than products made with BPA? Watch this video to find out.