Have you seen any BPA-Free labels lately?

You know what I mean – the ones that appear on the packaging of all manner of foods and consumer products, often with green imagery to let you know that the product is safe for you and the environment. 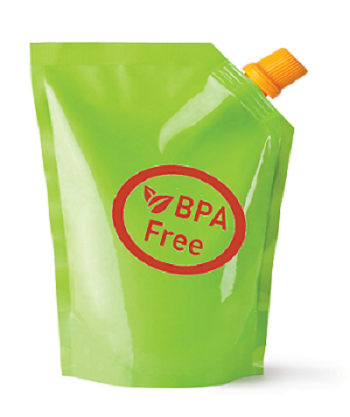 Have you ever wondered what exactly those labels mean?  If your answer to either of those questions is yes, you’ve probably been misinformed.

For understanding the safety of a product, a BPA-Free label provides little useful information, at best, and is potentially deceptive.

If the product did contain BPA, we have quite a bit of assurance from authoritative sources that BPA is safe.  For sound scientific reasons, the U.S. Food and Drug Administration (FDA) answers the question “Is BPA safe?” with an unambiguous answer – “Yes.”

They’ve got more than enough scientific data to back up their opinion, and that opinion is shared by respected government agencies around the world.

So, if a product does not contain BPA, what exactly does it contain and why doesn’t the manufacturer tell you that instead.  The BPA-Free label doesn’t say.

Many people will tell you that BPA (bisphenol A) has been replaced by other bisphenols, for example BPS, BPAF, BPAP, etc.

Just a couple of weeks ago, the U. S. National Toxicology Program released a report titled “Biological Activity of Bisphenol A (BPA) Analogues and Functional Alternatives.”  The objective of the report was to answer the question “What is the biological activity of BPA analogues of emerging public health concern?”

To do that, NTP scientists scoured the scientific literature for all publicly available studies that might be relevant to understand the safety of potential alternatives to BPA.  Included in the study were 24 substances, most of which have chemical structures that are similar to BPA.

You might be interested to know that NTP could not find any relevant studies for 8 of the 24 substances.  For the remaining 16 substances, only limited data was found.

Scientific data even remotely comparable to that which supports the safety of BPA was not found for any of the 24 substances, which led NTP to conclude that these substances “should be … reconsidered as appropriate replacements for BPA in consumer products.”

That’s not exactly reassuring for products labeled as BPA-Free, but the news isn’t quite as bad as it seems.  Contrary to the popular myth, it’s unlikely that BPA has been replaced by any of those 24 substances in products that are labeled BPA-Free.

But the question still remains.  If it doesn’t contain BPA, then what does it contain and how do you know if it is safe?  Inquiring minds want to know.

Going back to the top, a BPA-Free label doesn’t tell you what you need to know, it only makes you think you know something important.  You don’t.